The Freer-Sackler Asian Gallery at the Smithsonian Institution

Song to Yuan Dynasty Pottery-Porcelains, is now fully searchable for reference and study.

While we're all aware as collectors and dealers the Freer-Sackler has an astoundingly wide ranging collection of Asian Art, it is now fully available ONLINE.  The collection has been digitally archived with descriptions and good imagery.  Up until now, much of the collection had been on their web-site but was so badly organized it was virtually unusable.

Today, with the improvements, you can browse the collection to your hearts content. In particular they have done a heck of a good job with their Song to Yuan Dynasty Pottery-Porcelains collection. The new site is fabulous and much better than what most museums around the world have done, we hope others will follow suit. Now you can visit and really use the site of Asian and Chinese collections for reference and study. It's loaded with images and descriptions of the over 6,000 entries covering metal-works, paintings, porcelain, pottery, and jades. All of which can be searched, filtered and enjoyed. Its all there!

The Freer-Sackler is a gem of a collection. Thanks to the generosity of many donors over the years who've made this part of the Smithsonian a true treasure of international merit.

This, this first of several posts we'll be doing on the Freer-Sackler, and is being posted as an opportunity to see some of the best examples by age and type's of art held by the institution. We encourage you to visit the Freer-Sackler gallery collection.

Ceramics of  the Song to Yuan Period

This is (for me anyway)  one of the most interesting periods during the entire history of Chinese ceramic art.  It was a time of innovation and evolution of kiln technology, glazes, shapes as well as a huge cultural changes in taste.  It all took place in a matter of a few hundred years, at a time when changes often moved at a snail's pace.

From the Northern Song to the Yuan period many ceramics continued to be made with only slight differences in color and paste, while other new forms of striking differences came into vogue. In particular the development of massive blue and white porcelains.

With continuation of only slightly different ceramics being made with the introduction of radically different cobalt decorated porcelains it was an exciting time. So true were some pieces made later in this era dating some objects accurately became difficult. This difficulty is evidenced by numerous Freer-Sackler entrees describing  pieces as "Southern Song to Yuan" or "Jin or Yuan", "Northern Song or Jin" etc. To further illustrate this difficulty, one example in the collection is dated Song Dynasty or "Modern".

However, there were also potter's working and experimenting with shapes and glazes bringing the craft to entirely new levels of astonishing quality.  Superb Ru wares, brilliant Celadons carved and molded, fine Dingyao, Qingbai, GE glazes etc.. all of relatively small sizes found most desirable by the scholar or literati classes as well as the residing Emperor.  Then a sudden shift began with the making massive high fired hard porcelains with elaborate decorations executed in cobalt blue imported from Persia when China fell under the control of the Mongols, for whom massive basins, jars "Guan" and chargers were made. These big blue and white examples can today be found today scattered throughout the Middle East, and southeast Asia as a result of decades of trade, mostly by ship.

Here are some of the Freer-Sackler collection's best examples from this era...more will be added as time goes by. See also our posts on Famille Verte and Langyao collections at the Smithsonian's National Gallery of Art's collection.

Below are dozens of examples at the Freer-Sackler Gallery, click to enlarge. 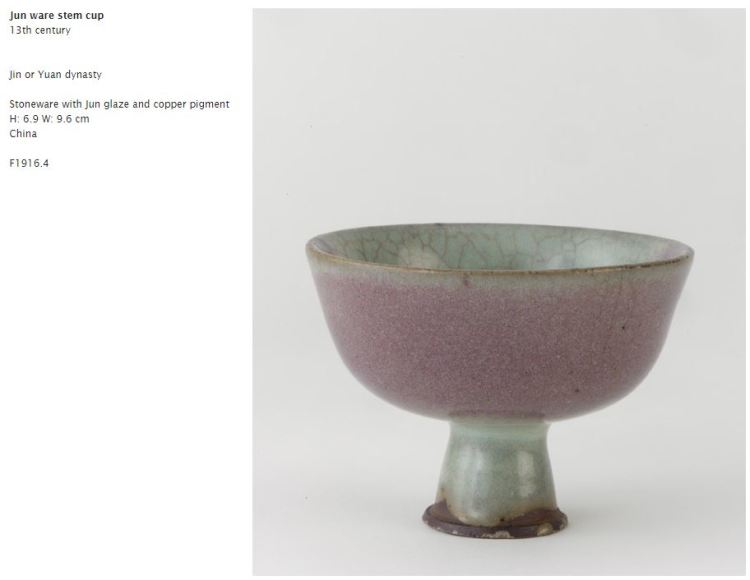 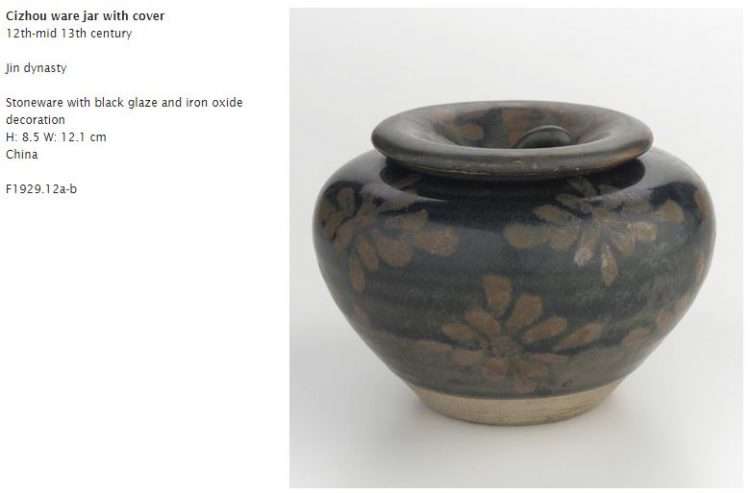 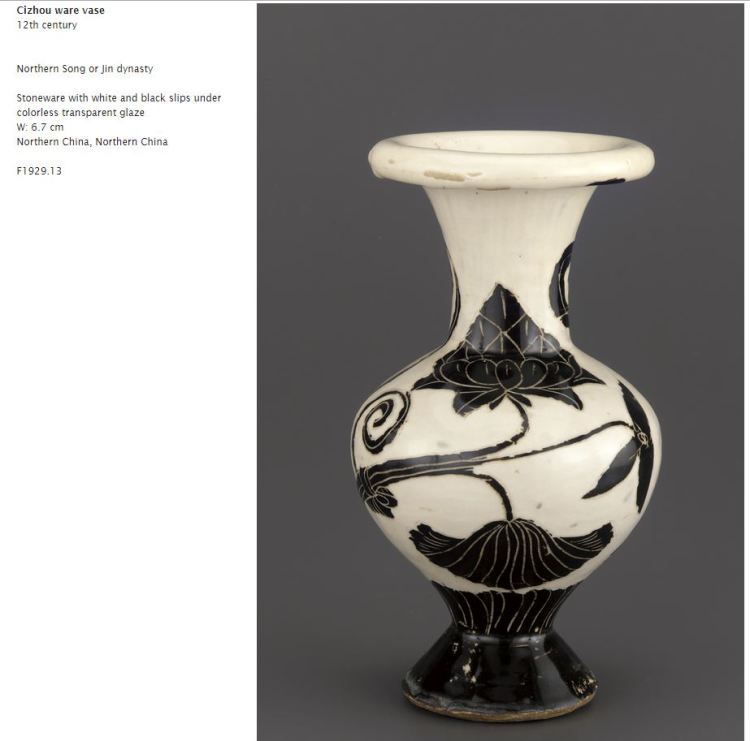 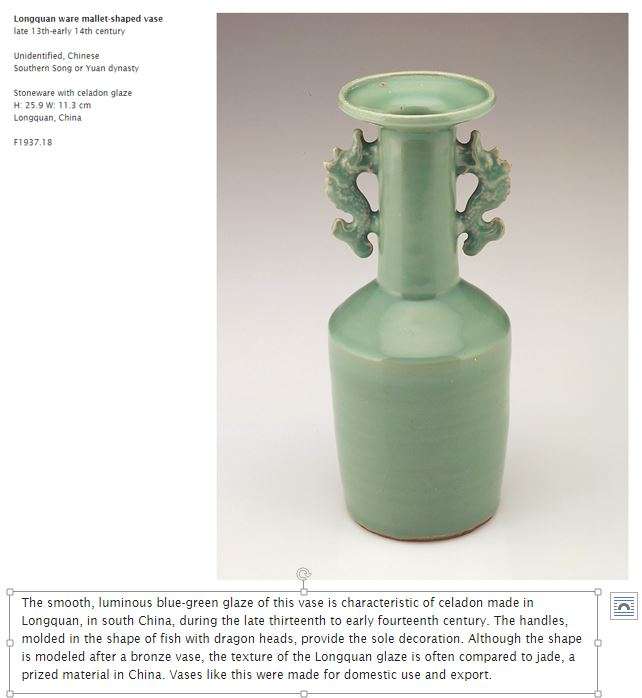 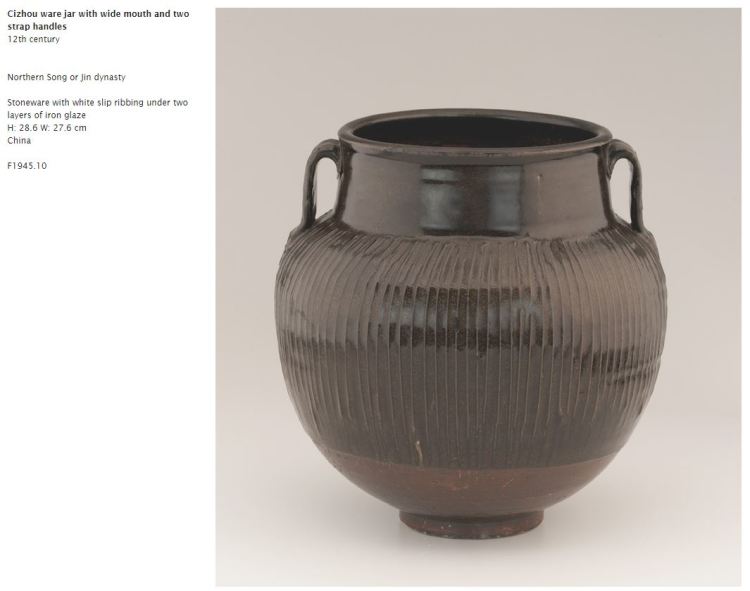 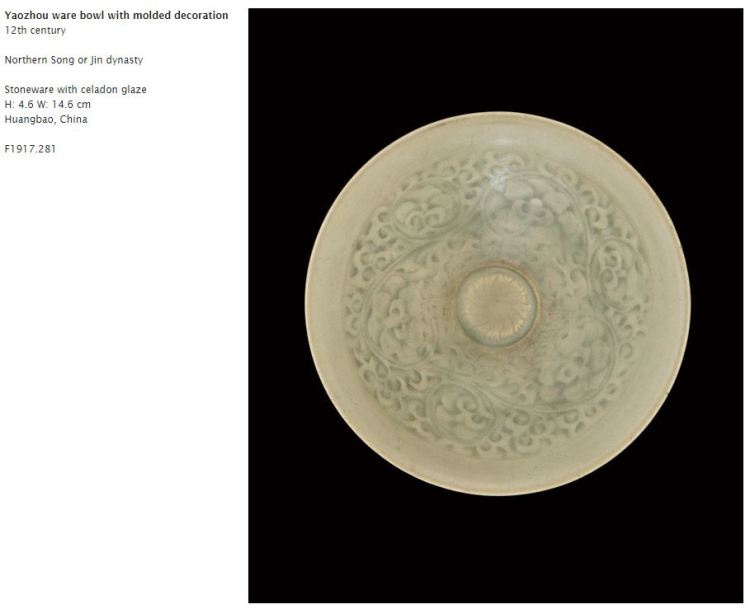 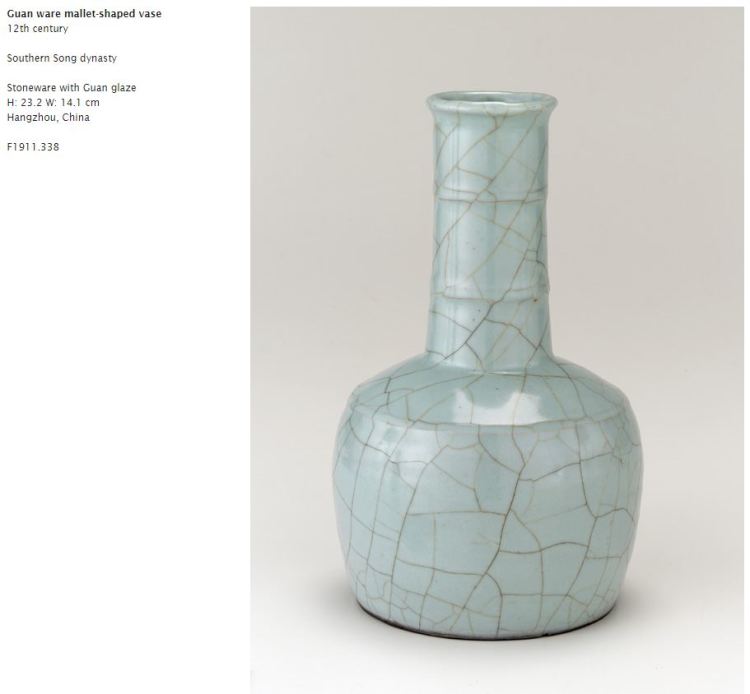 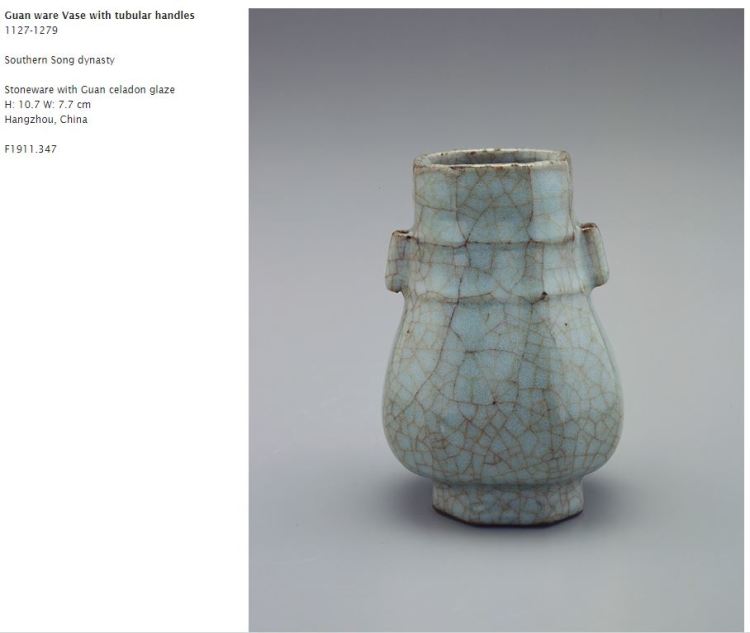 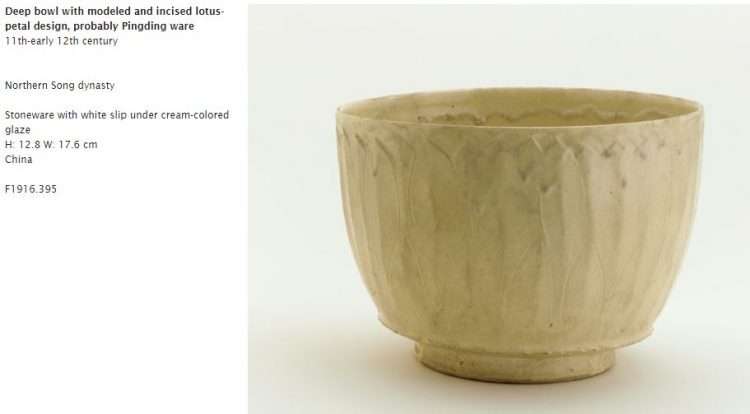 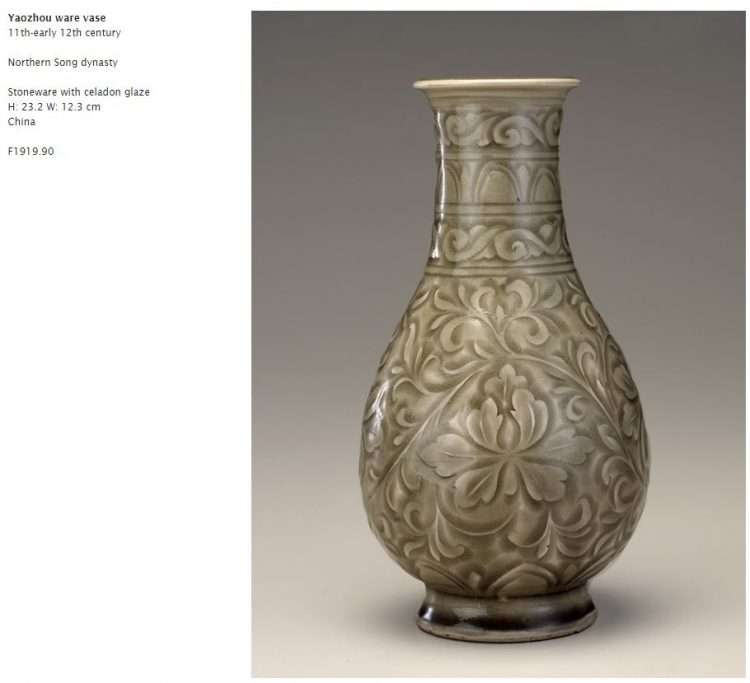 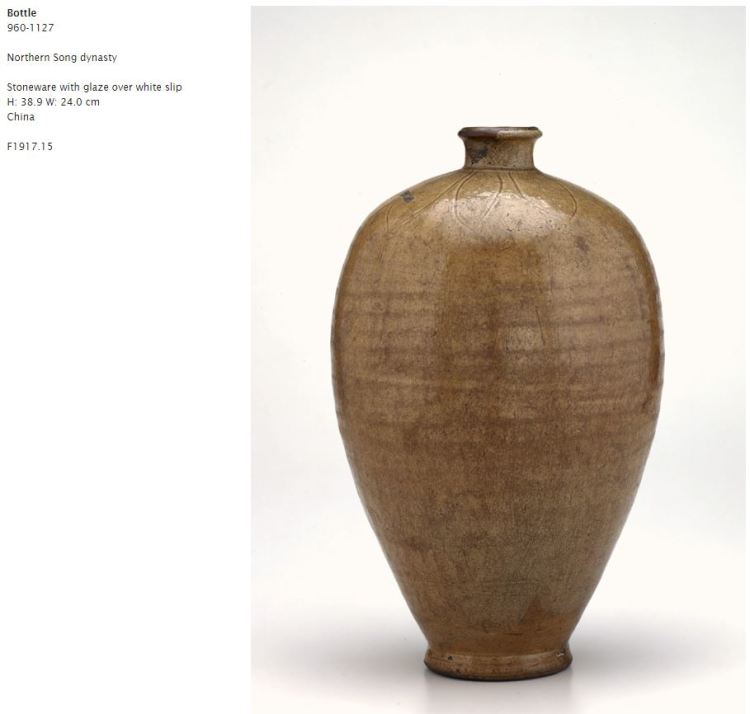 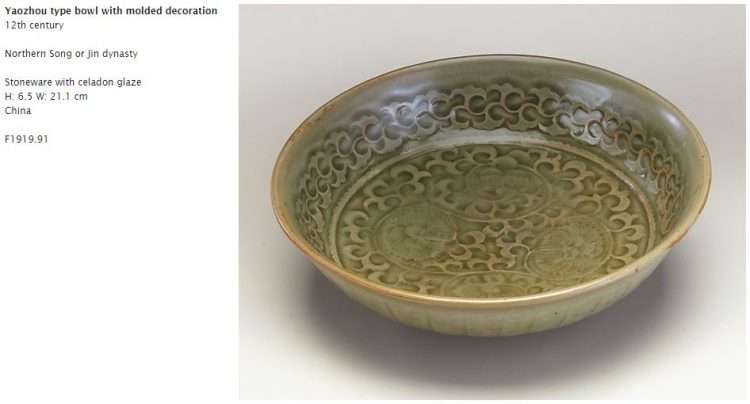 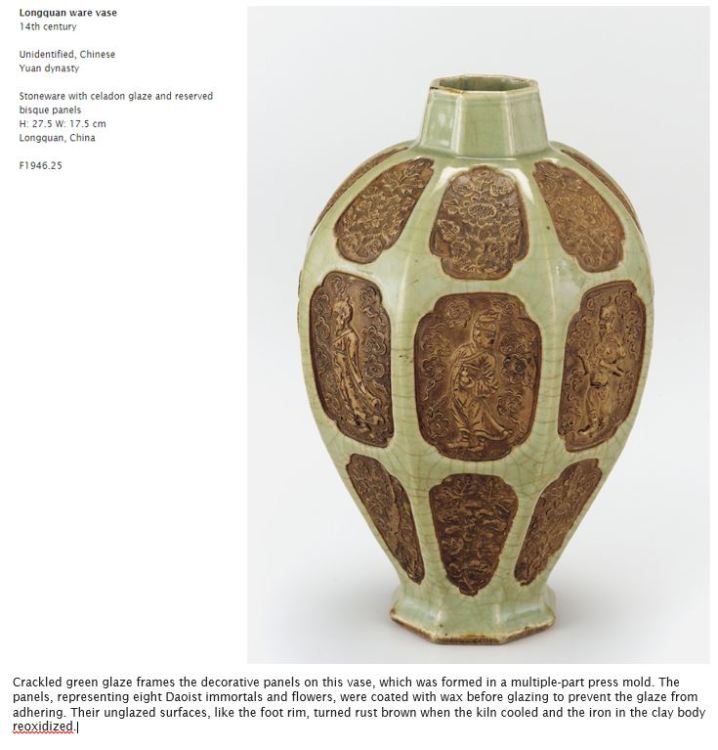 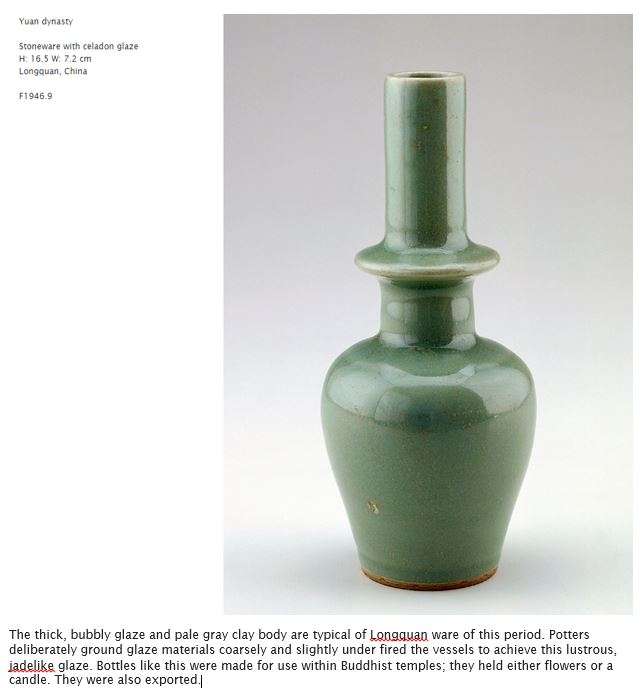 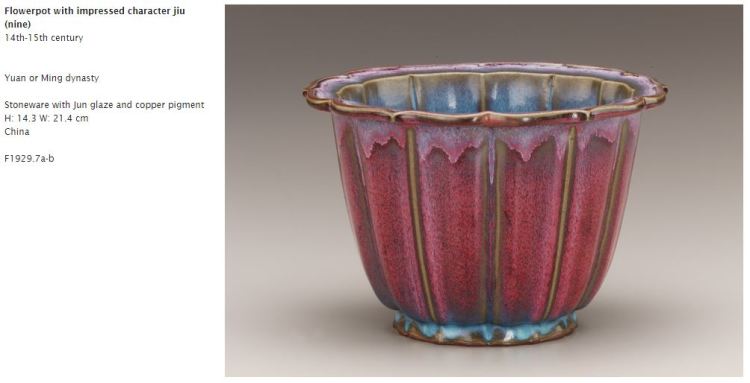 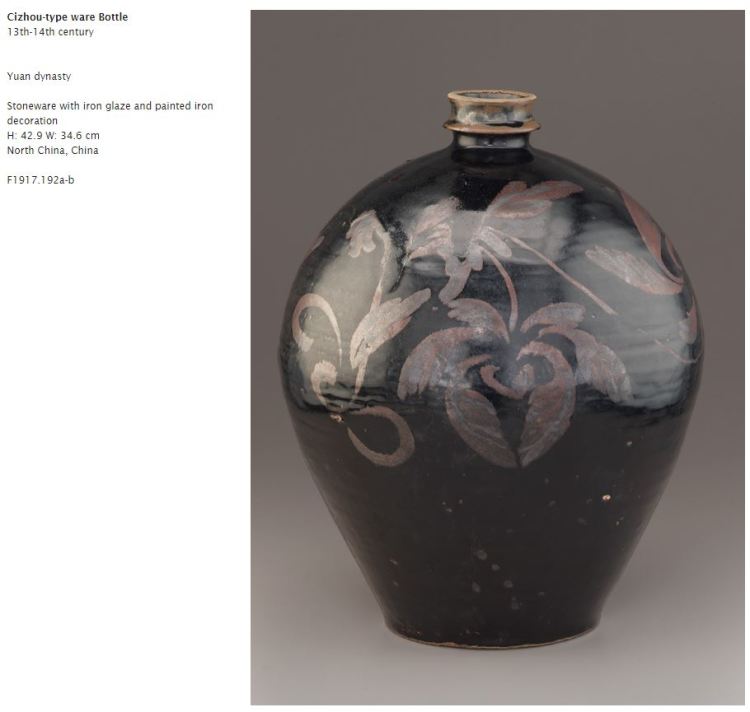 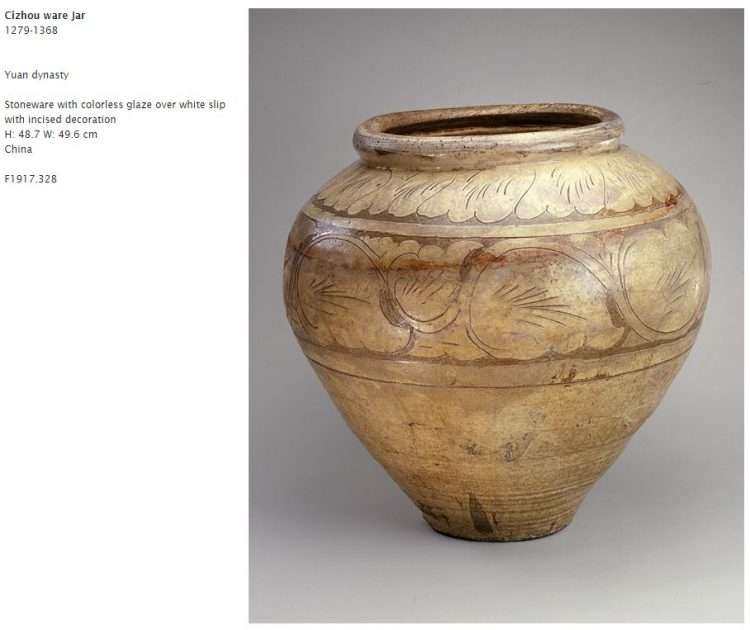 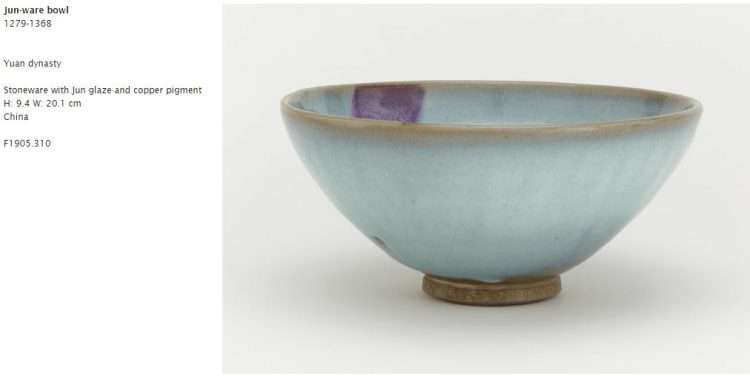 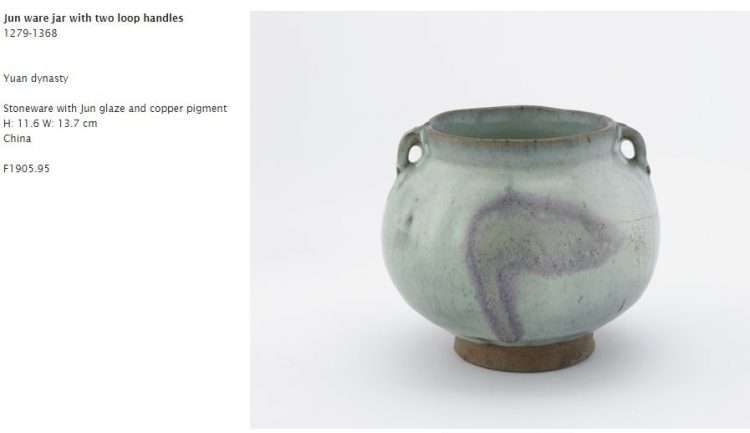 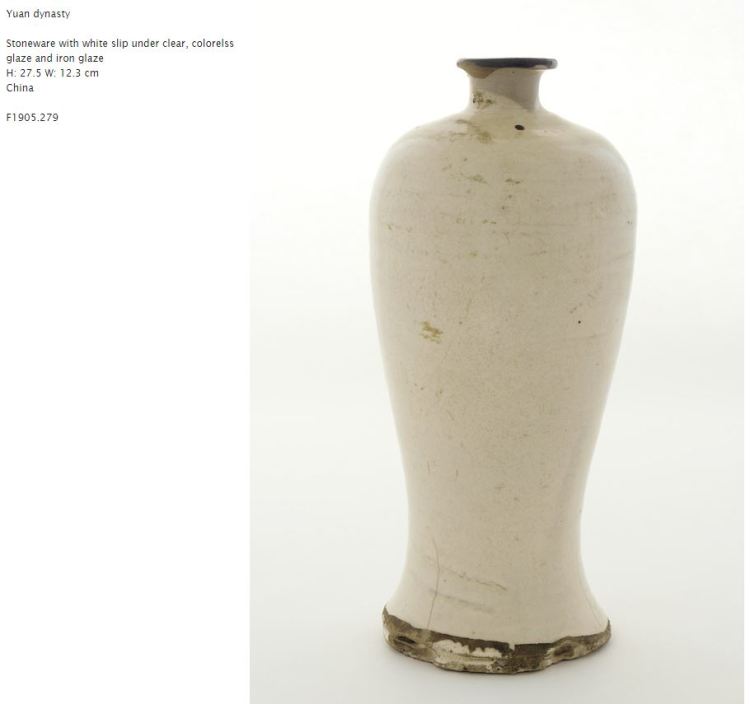 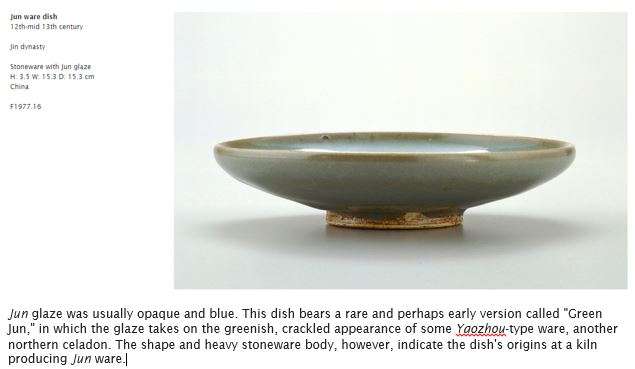 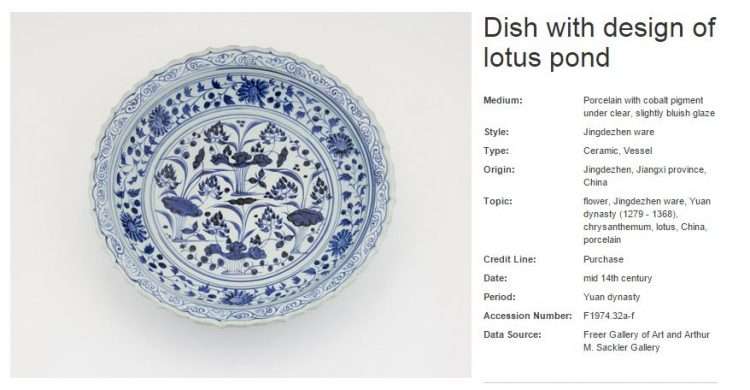 Of slightly ovoid elongated form with a faint crackle , slight fritting about the mouth.